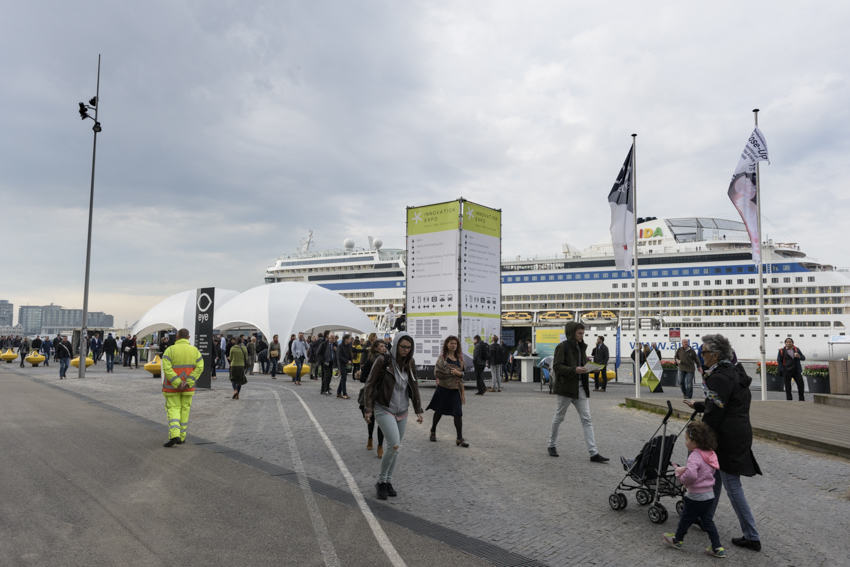 Can we make our cities future proof with social and technological innovation?

If we don’t succeed in making our cities sustainable, our planet will have no chance. 80% of economic growth worldwide, but also of waste, is produced in cities. Furthermore, in a few decades more half of the world population will live in cities, most of them in Delta-cities. There is and will be a lot at stake, since cities are magnets for economic development and population concentration. Cities in delta’s are on top most vulnerable to climate change impacts, such as flood risks, salinization and land subsidence.

These were some of the topics that were discussed at the Innovation Expo in Amsterdam. I was really excited about the participating companies, NGO’s and scientists. Saw a lot of new stuff; some small (flexible solar leafs) and some big (the new mercedes concept car).

Just asked the crowd to conquer the world together in a #pitch for @BlackBearCarbon with @JimStolze & Minister Kamp pic.twitter.com/rlpvk4OXMz